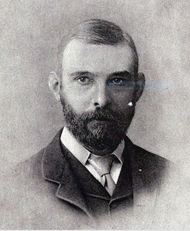 The following list includes examples of post offices where the drawings are signed by Tanner, suggesting perhaps that they are approved and passed by him as an architect in a senior position in the Office of Works, rather than designed by him. The post offices at Stratford and Swindon are cases in point. Entries appended [+] are buildings listed in Tanner's Royal Institute of British Architects Fellowship application dated 3 January 1891